When Things Get Really Ugly …

Here is an example of what NOT to do on social media!! 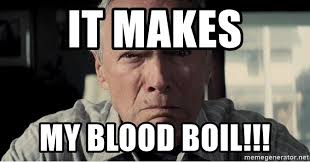 That’s right it did make my blood boil.

I immediately sent a private message to the originator of the post to let them know they had shared protected health information (PHI). I waited over 24 hours and if you know me and HIPAA that was a REALLY LONG, LONG, LONG TIME!!

Then added an image to help clarify my point: 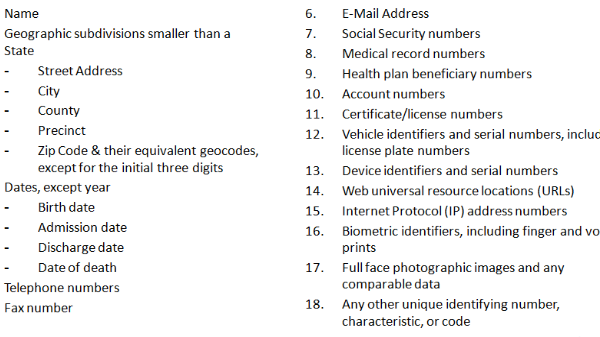 The post was eventually taken down but not before I was able to capture it.

Who knows who else also has a copy of it too since it was in a PUBLIC Facebook group!!

Here is exactly what they wrote including spelling errors (PHI redacted for this article):

Good Afternoon. I am in need of some advice regarding a BBB complaint filed by a patient and how to respond to the complaint without violating HIPAA.

We treated an entire family (xxxxxxxxxxxxxxxxx [patient genders identified] that ranged in age from xxxxxxxxx [ages identified]) for physicaltherapy (PT) following an xxxxxxxxxxx, from the onset the Mom lied to us and told us that she did not have an attorney then she refused to give us the xxxxxxxxxxx information to file claims to and the list goes on and on.

One of the last visits that we saw the Mother she was sitting in a chair in one of our PT roooms when one of our PT aides dropped a small padded board (weights less than half an ounce) that we use for physical therapy treatment and it hit the Mom on the forehead, we called the physical therapist in, he looked at it, there was no bruising or any mark whatsoever.

One month later we receive notice that we are being sued by this patient because of her ongoing injury caused by being hit in the head. She states she has severe whiplash and has been having heaaches sincee the incident.

We had filed all the claims for the husband and the kids to Tricare, they paid all of the claims but the patient had a copay on each visit (Current Balance approximately $2000.00) The Mom’s claims were sent to Medicare, all of the claims were denied beacuse of the “auto accident” therefore the Mom currently has a balance of over $6000.00!

In August, a representative from her auto insurance called and requested a copy of itemized billing records on the husband and the four daughters so that they could write us a check for the outstanding baalnce. This information was sent to them.

A few weeks later the Mom started calling requesting itemized statements as well stating that she wanted to get reimbursed from her auto insurance for the copays.

I was told by the owner that we were not to speak her, that since she had a pending lawsuit that she needed to direct all of her questions through her attorney. She refuses to do so and continues to call and leave very vulgar messages on our voice mail.

First of all, the patient is receiving statements each and every month so she knows exactly what her balance is! I think she found out that the insurance company would reimburse her for the copays so she thought she would try to get the check written directly to her instead and then never pay us.

Now she has filed a BBB complaint against us stating that she has been requesting a statement from us for over 6 months so that she can pay us and that we refuse to take her calls and we will not send her a statment.

As you can see the post contains enough information to identify who the patients are by linking it to where the person works.

Healthcare social media is not something anyone should do without understanding the implications of their actions.